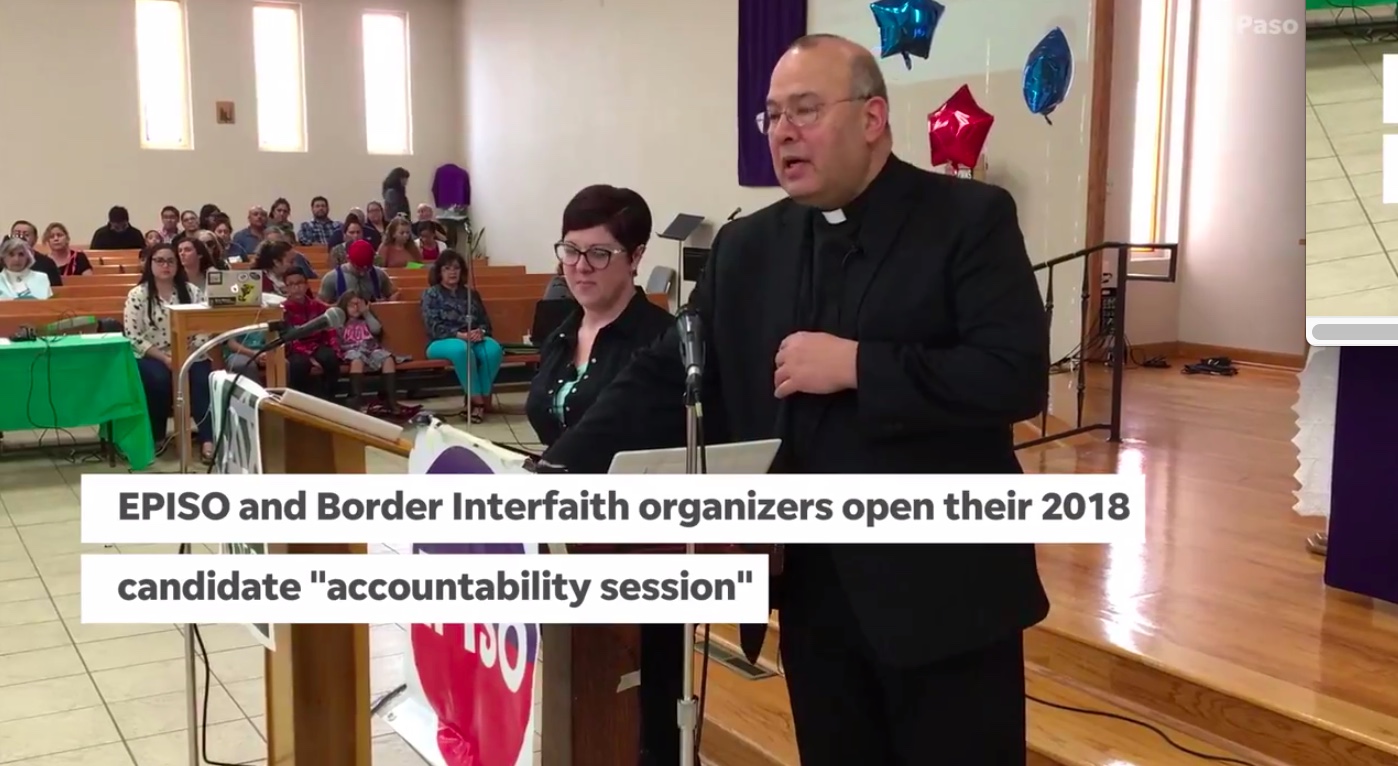 Said the El Paso Times, "Grassroots representatives democracy was at work Sunday in the Lower Valley."

Over 600 leaders from El Paso institutions of Border Interfaith and EPISO, assembled at St. Paul Catholic Church to challenge six candidates for US Congressional office to support a "fast-track" pathway to citizenship for DREAMers, and to support air quality cleanup along the border through funding for the Environmental Protection Agency (EPA).  Candidates were also called on to support universal health care and advocate for Medicaid expansion.  All candidates to US Congressional District 16 appeared and publicly pledged to support the El Paso IAF's position on these areas.

Rev. Pablo Matta closed the session by calling on all leaders to get out the vote in advance of the March 6 primary election.  "That is the important part — to get out and vote and get 10 people to vote!"