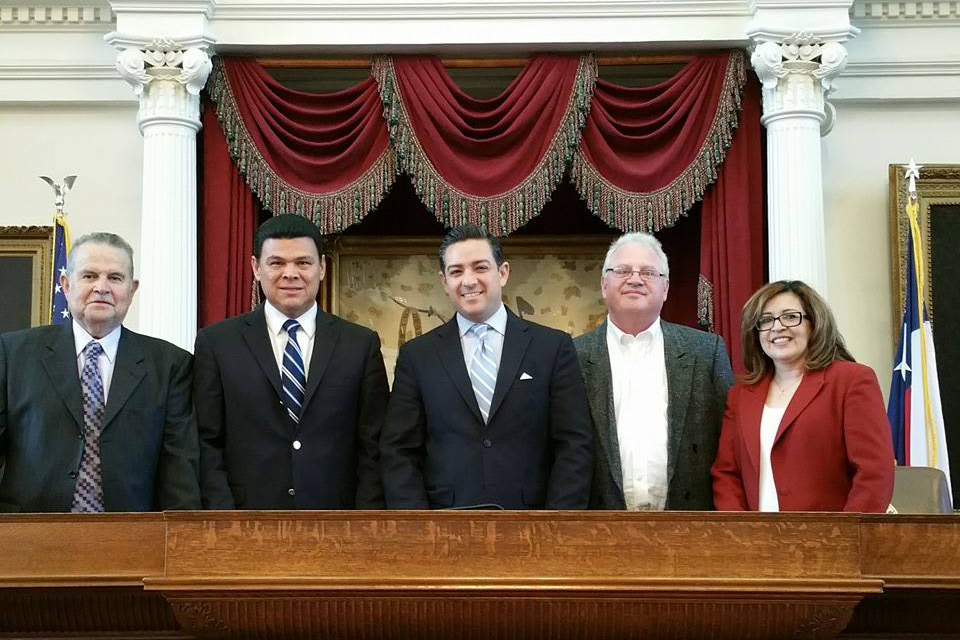 For the second time in one year, IAF organizations in El Paso (EPISO and Border Interfaith) dealt a harsh blow to the bottom line of payday lenders.

During last year's fight to restrict how much payday lenders can legally make off the backs of lower-income families, opponents from the lending industry couched their financial predation under the guise of "providing a valuable service" to residents.  After winning a significant victory in 2014 limiting payday lending profits, leaders wanted more.

In financial literacy civic academies held in the poorest neighborhoods of El Paso, families revealed that when a tire blew, or a child got sick, they needed fast cash.  They had the capacity to repay small loans, but were shut out of traditional consumer credit markets due to lack of income or credit.

The VP of the Greater El Paso Credit Union (GECU) happened to be a parishioner of member institution St. Jude Catholic.  Lead organizer Arturo Aguila happened to be a Wells Fargo VP in his prior occupation.  At GECU, officers had already begun to think about this underdeveloped market; they brought in EPISO and Border Interfaith leaders to help flesh out an idea.  What resulted was the creation of a federally-insured pilot program that would provide short-term loans to families, with or without traditional credit.

GECU quickly identified $13 million in Community Reinvestment funds for a three-year pilot program that would provide loans ranging from $200 - $1,000, amortized over 6 months with a fixed rate of 27.9% (comparable to rates paid by middle-class borrowers for credit card debt). This means that a family taking out a loan of $500 would pay back only $540 after 6 months, in contrast to $1,100 they would have paid to a payday lender (a savings of $560 in avoided fees) . The program started July 2014 and about $3.8 million has been lent to six thousand families so far.

Word is spreading through local mass media radio, television and newspapers, in addition to pulpit announcements at member institutions. An additional benefit is that since GECU is a legitimate business, borrowers build credit by paying off loans on time.  Delinquency rates are much lower than anticipated.

Together, Border Interfaith, EPISO and GECU are systematically undermining the predatory lending market, one fair loan at a time.