SIGN THE EPISO/BORDER INTERFAITH PETITION TO RE: EMERGENCY STIMULUS

EPISO/Border Interfaith is calling on Senators John Cornyn and Ted Cruz and members of Congress to enact a stimulus package that will protect families, the economy, and public health.

Senators Cornyn, Cruz, and members of the House:

As leaders and clergy of EPISO/Border Interfaith, we call on you and your colleagues to swiftly pass a stimulus package that:

• Supports the full $600 per week supplemental unemployment insurance;
• Provides $100 Billion in Rent Assistance so families can pay their rent;
• Makes a stimulus payment to all taxpayers using a social security number or ITIN ($1,200) and their children ($500);
• Assures schools have the funds needed to effectively and safely provide both virtual and in-person classes that keep our children and teachers safe;
• Increases the share of Medicaid paid by the federal government to free up state revenues for other essential services; and requires that all states maintain their current Medicaid services.

Each day, we see increasing devastation wrought upon our communities by the public health and economic crises that resulted from the Coronavirus pandemic. We implore you to act now and boldly ensure families have a roof over their head, water to wash their hands, and food in their stomachs. The best way to keep the economy afloat and save lives is to support our families.

Leaders and Clergy of EPISO/Border Interfaith

We are eager for the US Senate to pass substantive legislation to address the health and economic issues caused by the pandemic. Our faiths teach us that each person is beloved by God and worthy of dignity and humanity. We urge members of the Senate and House to move swiftly to adopt a stimulus package that reduces hardships for the most vulnerable and takes steps toward restoring the vitality of our economy.

EPISO/Border Interfaith calls on Senators Cornyn and Cruz and all House members to:

The CARES Act provided an additional $600/week to supplement the very low unemployment benefits provided by the State of Texas. The current Senate bill would reduce that supplement to just $200/week. In order to help families cover their current living costs and keep our economy afloat, Congress must continue the $600/week supplement until pandemic has subsided.

Over 40% of renters in Texas recently said they were unsure if they could pay their August rent. More than half of renters pay more than 30% of their income in rent. Rent assistance programs offered by the City of El Paso and El Paso County have met only a small fraction of the need. The House bill proposes allocating $100 Billion for Rent Assistance, while the current Senate proposal has nothing for rent assistance.

3. Ensure all with Social Security numbers should receive a stimulus check.

The CARES Act provided $1200 in stimulus to adult taxpayers and $500 for each of their minor dependents. If anyone in the home filed taxes using an Individual Tax Identification Number (ITIN) instead of a Social Security number, no one in the home received a stimulus payment. EPISO/Border Interfaith believes that any stimulus targeted toward individuals and families must be provided to all members of the family who have Social Security numbers or who have paid income taxes using an ITIN.

Less than one percent of federal pandemic relief has gone to K-12 education. To make distance learning possible, public schools need funding to assure each student has access to broadband internet, a computer and virtual classroom technology. School may need to provide individualized tutors for at-risk students and children with special needs. To safely reopen schools, Congress must fund testing capacity with same-day results for schools; access to masks, distance thermometers and protective equipment; additional staff & expanded facilities to meet CDC guidelines for class sizes and increased bus routes to allow for social distancing while in transit to school.

Leaders and Clergy of EPISO/Border Interfaith 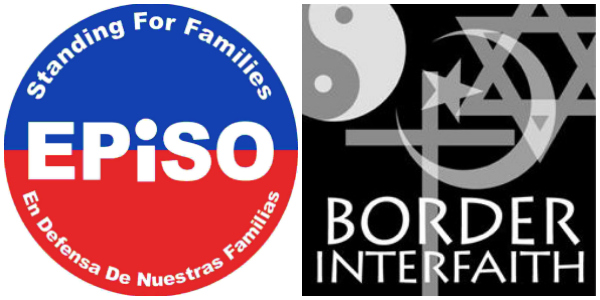 The Covid-19 pandemic is precipitating an economic crisis of historic proportions, requiring sacrifices from all Americans to avoid a massive loss of life.  Congress must respond with a fiscal policy aimed at avoiding a serious Depression. The Industrial Areas Foundation (IAF) urges Congress to deliver an economic stimulus plan that protects those who urgently need help the most: American workers, families, and small businesses on the front lines of this national emergency.

Sign the petition below and call on your congressional members NOW urging them to act boldly and swiftly in support of workers, families and small businesses.  Click button below for full text and opportunity to SIGN.

Food is available for pickup or drive through at the Mega Distribution Centers. It is open to all in need. For information on the center closest to you, call (915) 298-0353.

Project BRAVO: Project BRAVO is no longer accepting applications for 2020. You may apply for 2021 services effective January 4, 2021.
Visit www.projectbravo.org/covid19resources for more information on the 2021 Application

Andrea Tirres, daughter of EPISO/Border Interfaith leader Dan Tirres, is working on a project to make our community safer in dealing with COVID-19. Our organization supports being careful about social distancing, wearing a mask, and limiting social gatherings. Please read the pledge and forward as you deem appropriate to friends and family.

Persons unable to independently board a regular bus or have a disability that prevents them from boarding are eligible but must first qualify.

You must call and ask for an application for the Sun Metro Lift at (915)-212-3004.
When you call and feel that you will need assistance filling out the application, please request assistance by requesting a phone interview.

RELIGIOUS SERVICES HAVE MOVED TO TV & THE WEB:

The Catholic Diocese of El Paso has services streaming on its Facebook page: 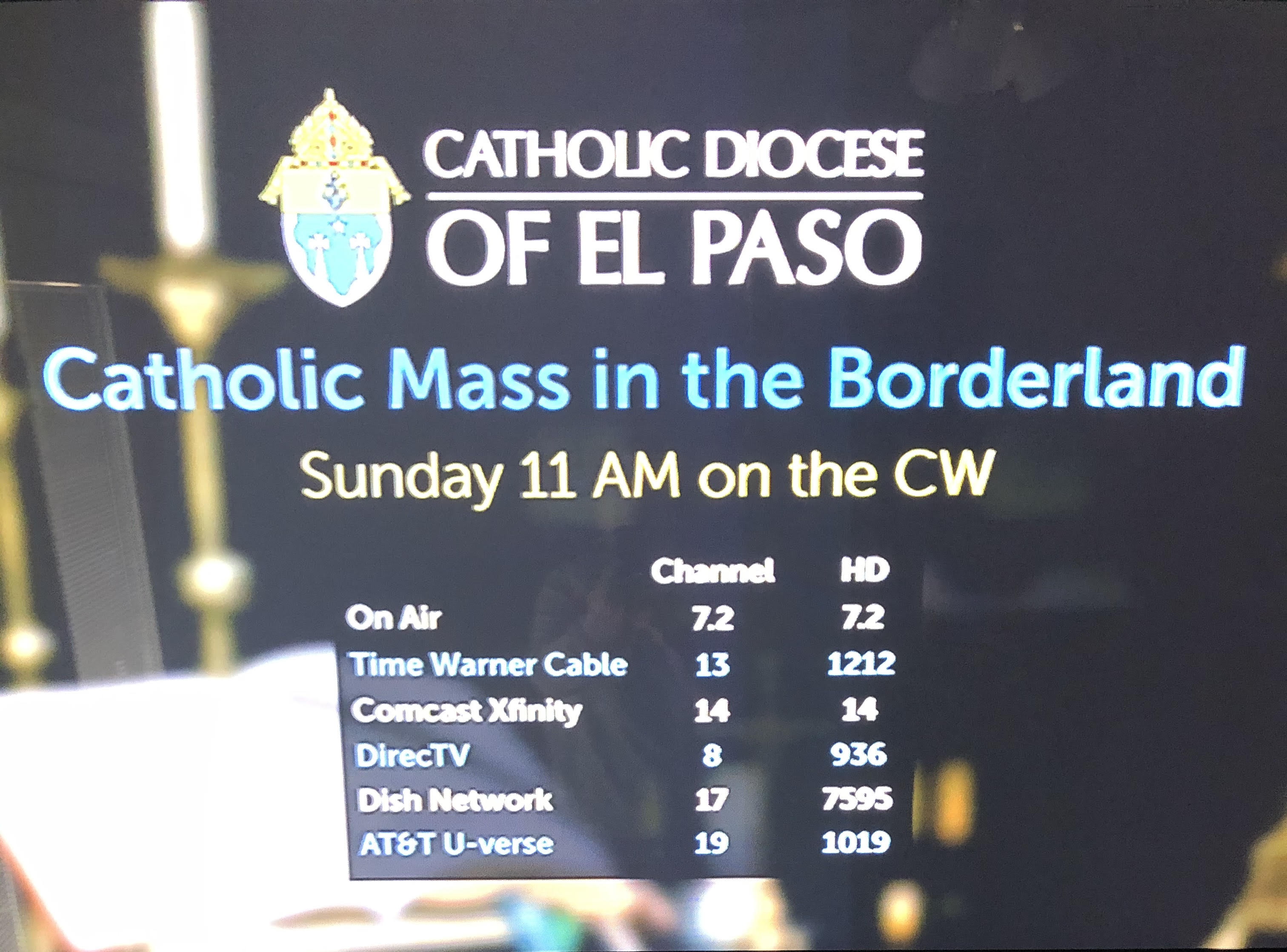