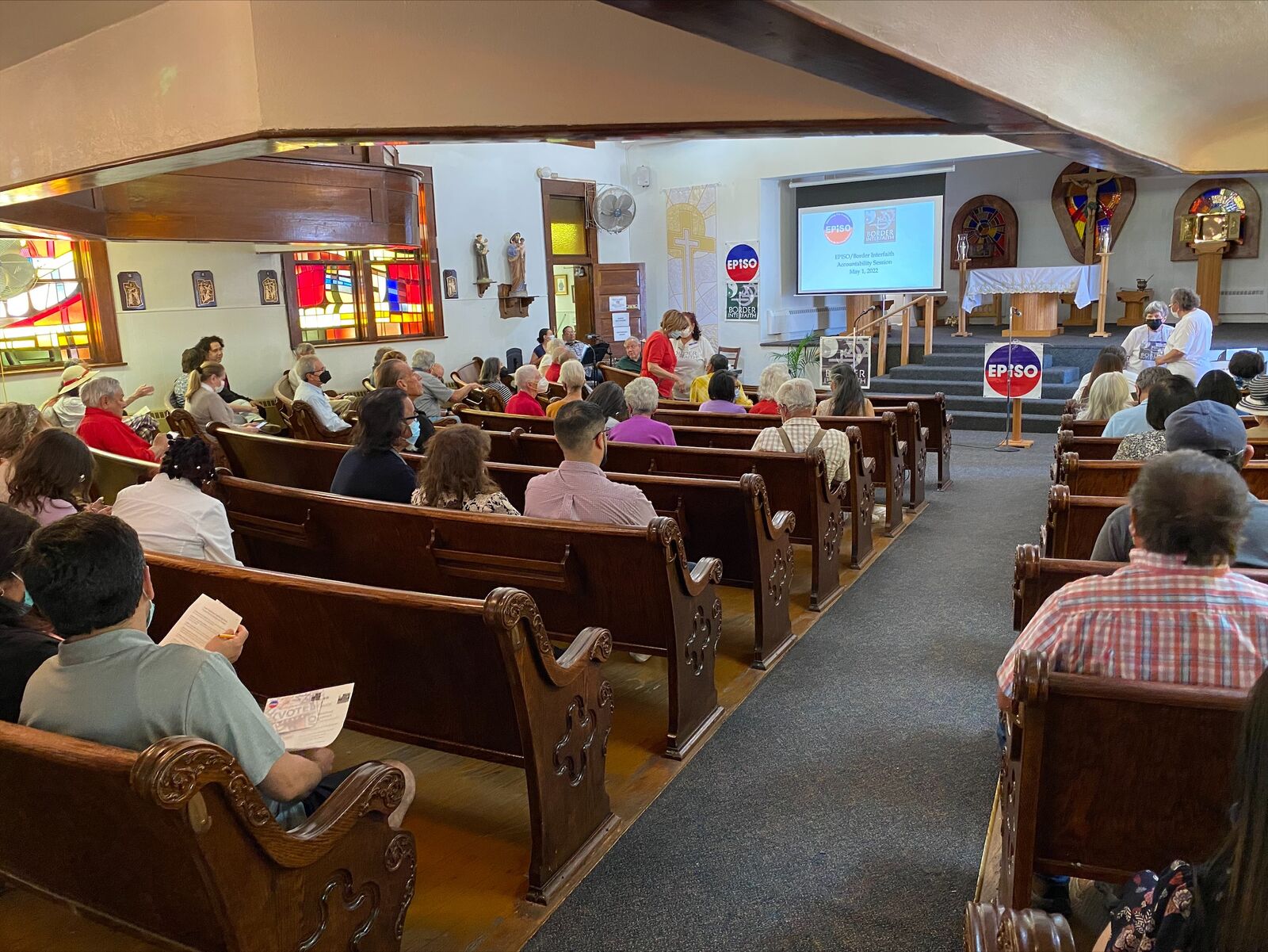 The six El Paso County Commissioners Court candidates remaining in the May 24 primary runoff election for Precincts 2 and 4 were invited to the session where they were asked to state their position on policies such as colonias, education and economic development programs....

Sergio Coronado and David Adams, are both candidates for Precinct 4, and they were in attendance.

"I thought it was a great meeting. I wish more organizations, people would take the time to inform themselves, of what their candidates are willing and wanting to do for the people... how you’re [candidates] aligning to my needs," Coronado said.

For four decades, the Rev. Ed Roden-Lucero has influenced El Paso far beyond the walls of the parishes he pastored. He has been a key part of efforts to bring water and sewer services to tens of thousands of homes, and train hundreds of El Pasoans for jobs that paid a living wage and altered lives....

Those who worked with him said he fought poverty and injustice wherever he saw it. EPISO was involved in efforts to build El Paso Children’s Hospital and expand University Medical Center clinics across the county so that more people would have access to health care.

While Roden-Lucero served as pastor of San Juan Diego Catholic Church in Montana Vista, EPISO led an effort to divide the Clint Independent School District Board of Trustees into single-member districts so that power and resources were more evenly divided.

Roden-Lucero arrived in El Paso a couple of years after a group of mostly Catholic churches formed the El Paso Interreligious Sponsoring Organization, or EPISO, a nonprofit organization that trained community-based leaders to advocate for issues important to them. He had received training from the Industrial Areas Foundation, EPISO’s parent organization, before coming to El Paso.

EPISO leaders quickly focused on the dire situation in colonias, neighborhoods along the U.S.-Mexico border that had been developed without the most basic human services. By the mid-1980s, more than 80,000 El Paso County residents lived in homes without water or wastewater services. Many of them developed hepatitis A because they drank from water wells dug next to septic tanks.

State and local leaders had shown little interest in addressing the growing crisis. So EPISO and other IAF affiliates across Texas organized and turned up the heat, bringing national media attention to shameful conditions along the border.

Dolores DeAvila, an educator in El Paso’s Lower Valley and EPISO member, met Roden-Lucero in the early 1980s and was part of the fight to bring water to the colonias.

“I have learned a lot from him in terms of his being very courageous, acting on his beliefs and working with his parishioners, engaging them in their needs,” she said.

Years of lobbying and public pressure by EPISO and its sister organizations paid off in 1989, when Texas voters passed a bond issue to begin the process of providing water and wastewater infrastructure to border colonias....